Pizza Wars : Papa John’s Vs Domino’s Pizzas As for the food and drink industry, pizza is one of the most popular businesses now with over 45 billion dollars in sales annually. While the business of Papa John’s was compared with that of Domino’s, the conclusion was made that Domino’s is the clear winner for investing.

What’s more, from 2007 to 2020, Domino’s has achieved an increased rate of 101.11% in the number of restaurants worldwide with 17,644 restaurants and 23.28% in the number of restaurants in the U.S. with 6,355 restaurants. Clearly, the boom of its revenue and market cap is attributed to the high store count growth globally and high volume of orders. Domino’s stores across the globe sell an average of 3 million pizzas a day and 48.44% of the sale is outside the U.S. The CEO, Ritch Allison also announced the company’s medium-term outlook: “We remain confident in our two-year to three-year outlook of 6% to 8% annual net store growth and 6% to 10% annual global retail sales growth.”

In 2011,Domino’s experienced a revolution. The company changed its 49-year-old pizza recipe with primary changes on its crust, sauce, and cheese, and added several new items including baked sandwiches, pasta and chocolate lava cake. On the other side, remaining at the forefront of digital ordering and customer convenience plays a very important role in Domino’s success.

In 2007, the online ordering system and Domino’s app first came out; in 2013, Domino’s launched Pizza Profiles which allows customers to order their favorite food in as little as five clicks; in 2015, Domino’s launched the Domino’s DXP car which is designed for easy loading and unloading of pizzas. Domino’s is keeping finding new and innovative ways for pizza delivery, just like what Chief Technology Officer Kelly Garcia announced “Our biggest concern was how we keep from becoming complacent,” therefore Domino’s should be not only called a food industry company but also a tech company.

Rather than Domino’s strategy on diversifying the menu and innovating on ordering-delivery system, Papa John’s holds a more “Old School” slogan focusing on their pizza. The COO of Papa John’s, Steve Ritchie, mentioned in 2015 that “Pizza is our focus.” However, Papa John’s fell in a conflict with its own brand. They bought back stock using their cash flow instead of investing in diversifying their menu or innovating, and the customer count declined over the last three years because of the poor performance of the ordering system and poor quality of pizza. What’s more, although the online ordering system of Papa John’s came out earlier than Domino’s, Papa Johns didn’t pay a lot of attention to their delivery and the company is still hiring people for deliveries while Domino’s has already tried to use self-driving for delivery.

In all, although the debate over which company makes better pizza remains controversial, Domino’s is clearly a company more worth investing in than Papa John is. Not only because Domino’s has attributes in both the food and drink and tech industries, but also because Domino’s is superior to Papa John’s by wide financial margins. 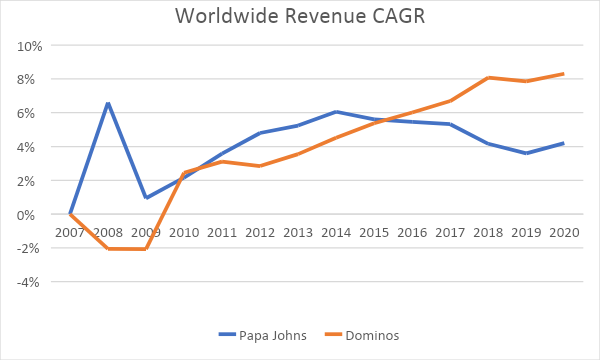