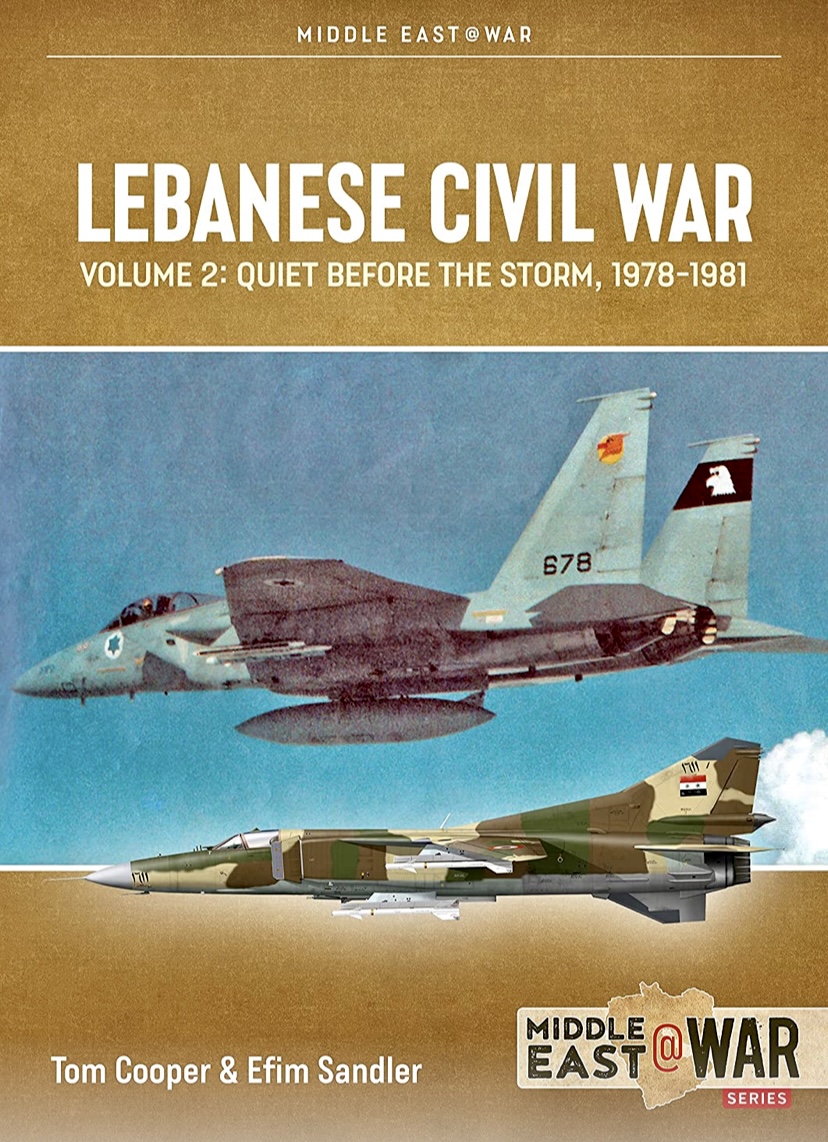 Lebanese Civil War This book gives a very comprehensive. And yes, in our opinions, the best ever available) coverage of a period between Operation LITANI of 1978 and the LEBANON WAR of 1982.

A period often referred to as ‘years of calm’ or ‘years of peace’.

In a chronological sequence it goes over the affairs inside the ‘love triangle’ = Lebanon/Israel/Syria.

The book addresses each and every significant military event in general. In addition, a particular case of Israel’s involvement.

Moreover, for the first time, there is a complete chronology of all ground, naval and air operations during this period, as well as Palestinian activities against Israel and the South Lebanon Army – on the ground, sea and air.

There is a detailed account for each and every aerial engagement.

The book also covers the military development of various parties including IDF Navy, Armored Corps and Artillery Corps – the information that is barely available in any source. Even for the well-known projects we hand-picked the details that are hardly known – whether it’s a Merkava development or F-15/F-16 deliveries.

We tried to pinpoint precise unit numbers whether those are IDF or SyAA.

As for the color profiles, we carefully chose the most authentic hardware used during the period, that will probably surprise you. Just to let you know that we included extra 4 pages of artworks to show as much as possible.

As for the sources – we used Israeli, Western, Lebanese, Syrian and Russian. Many of them are single-language, and hardly known to a wide audience. Hundreds of newspaper and magazine articles and archive files related to the period – believe it or not. Dozens of video clips from news footage and documentaries.

Personal interviews, veteran groups and web-sites. The work did not go easy but piece by piece the puzzle has been completed. We tried to squeeze as much info as possible into the book format.

I am very grateful for this opportunity and look forward to the next volume of LEBANESE CIVIL WAR, planned for 2022. Meanwhile you can check HELION website for and register interest upon the link:

The book is also available for pre-order on Amazon & CASEMATE PUBLISHERS!