A look at Tank Defense.

The lightweight but lethal weapon has allowed the soldiers in Ukraine to inflict some serious damage to Russian tanks and artillery. Moreover, with very high kill ratios. Allowing for excellent efficiency in the field. So, what can tanks do to defend themselves?

But first, while most people focus on the overwhelming effectiveness of the Javelin and the NLAW against Russian armored vehicles in this conflict, some features of Russian tanks are also being proven to be effective.

The armored casing of the carousel autoloader of the T-90 for example seems to be working effectively in protecting the ammunition inside the autoloader as T-90s aren’t suffering catastrophic ammunition detonations unlike the T-72s and T-80s.

Obviously the gunner and the tank commander are still getting killed when ATGMs are blasting holes through the turret roof but the drivers could still survive.

The open driver’s hatch on this knocked out T-90 for example proves that the driver survived and bailed out.

Back To Tank Defense

Up to this day, tanks and all military vehicles are still extremely vulnerable to infrared thermal sighting systems and heat seeking missiles like the FGM-148 Javelin.

However, the technology that can hide a vehicle or a human’s thermal signature already existed way back in 2004 in the form of a simple thermal insulating paint. 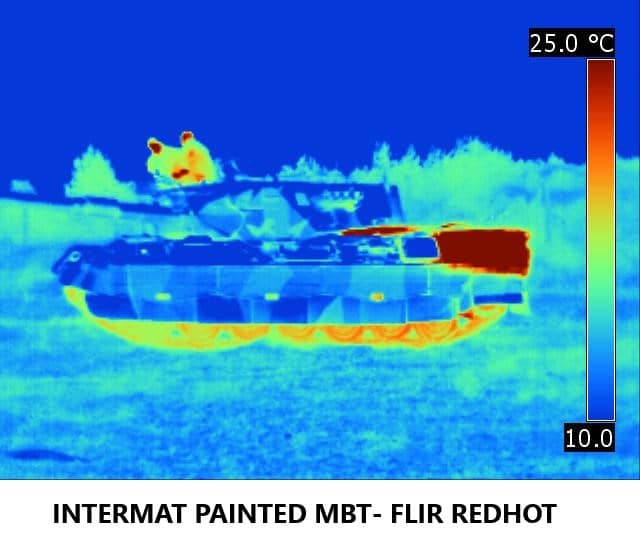 As a result of preventing the tank from releasing infrared radiation. Which allows it to blend with the temperature of the surrounding environment.

This makes it nearly invisible to all infrared sighting devices and sensors which greatly increases its survivability against aircraft and enemy vehicles especially at night.

However, the Intermat Stealth Camouflage is only available in lustrous metallic colors and this might be critically important for it to function as they still haven’t created any non-metallic colors even after 18 years.

However, this makes it practically useless during the day as the shiny coating is very visible to the naked eye and makes vehicles and soldiers stand out instead of being concealed.

However, it can also prevent the coated vehicle from absorbing heat from the surrounding environment which can make the inside temperature cooler than the outside especially in hot sandy deserts.

Despite being tested by different militaries including the US, the only country that ever put the Intermat Stealth Camouflage paint on their armored vehicles is Pakistan who started to paint their Al Khalid main battle tanks with the thermal insulating paint in 2020.

While most people (and militaries) only favor Hard-Kill Active Protection Systems. Current Soft-Kill APS actually have much greater potential in protecting tanks from top-attack ATGMs.

The German MUSS Active Protection System for example uses a combination of multi-spectral smoke screens. And directional infrared laser countermeasures to hide the thermal signature of the protected vehicle. And confuse the infrared guidance system of the incoming missile.

The MUSS can engage threats from all directions and could handle up to four missiles at once. 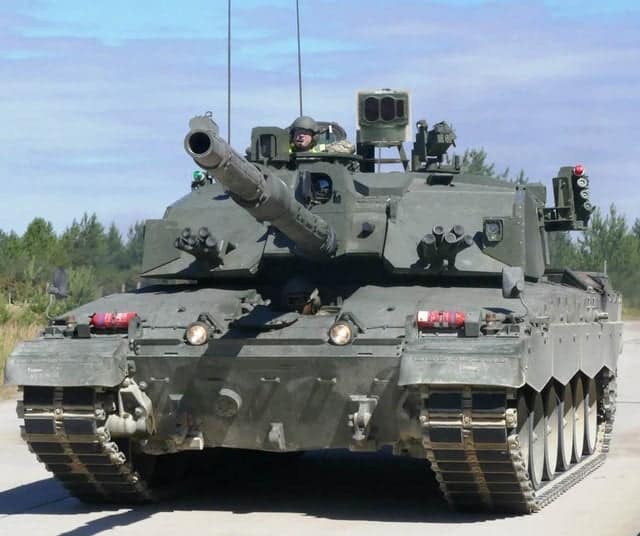 The lasers don’t blind the infrared seeker of the ATGMs but instead causes it to fly to a different direction by heating up a different spot in the thermal seeker’s field of vision away from the actual target.

Its laser countermeasures can elevate up to 70°. And so can defeat top-attack ATGMs like the Israeli Spike LR but not the FGM-148 Javelin which has a dive angle of 80°.

The MUSS can still defeat the Javelin. By quickly covering the vehicle with a thick smoke screen which hides its thermal signature.

As we can see here, Soft-Kill Active Protection Systems are actually more capable of defeating highly advanced threats such as top-attack missiles.

The main reason why militaries still prefer to adopt Hard-Kill APS on their tanks instead of Soft-Kill systems. Is because they are mostly fighting rebel groups and terrorists. Who are usually only armed with RPGs.

Soft-Kill APS only works against guided missiles and not against unguided weapons so it doesn’t appear to be very useful in modern conflicts.

With the extreme effectiveness of top-attack ATGMs seen in the Russian invasion of Ukraine. Hopefully militaries will now pay more attention to the importance of being able to defeat more advanced anti-tank weapon systems.

Indian T-90s would have actually performed better in Ukraine than Russian ones. 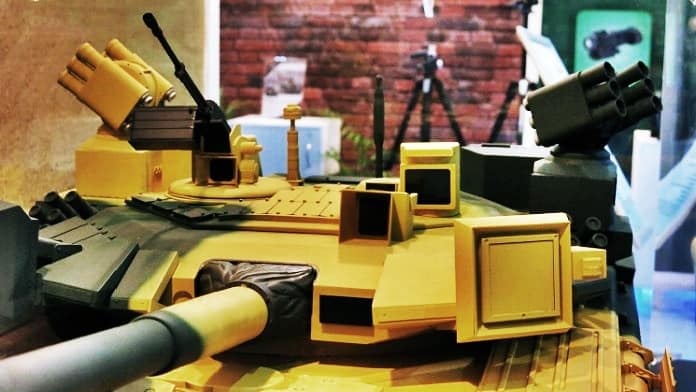 The LEDS-150 can take out fly-over top-attack ATGMs like the NLAW using Mongoose-1 missiles. 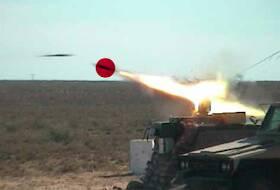 A Mongoose-1 missile hard-kill countermeasure of the Swedish LEDS active protection system. Engaging an RPG-7 rocket during its performance testing in 2008. One interesting aspect of the LEDS APS is its soft-kill countermeasure. Designed to quickly cover the protected vehicle with an insulating foam which hides its thermal signature from top-attack ATGMs.

Its countermeasure launchers however only have a maximum elevation of 65°. And can’t intercept high altitude top-attack missiles the the FGM-148 Javelin.

Luckily the LEDS APS still has a special soft-kill countermeasure that quickly covers the vehicle with a thick insulating foam. That hides its thermal signature which makes it invisible to the Javelin’s infrared seeker.

What is the safest tank in the world?

The Israeli Merkava tank is sometimes called the most survivable tank in the world. The reasons given usually include its active protection system, forward engine design, urban warfare specific modifications, and thick armor.

PrevPrevious ArticleWhy did Antony lose the Battle of Actium?
Next ArticleIs Google forcing employees back to the office?Next