HMS Nelson & HMS Rodney The last battleships built with torpedoes were the treaty battleships Nelson and Rodney, and they had several unique features that deserve close scrutiny.

The Nelson class of the British Royal Navy battleships comprised only the HMS Nelson and HMS Rodney. The battleships were constructed according to the the terms of the Washington Naval Treaty of 1922 and entered service in 1927(Nelson) and 1928(Rodney).

First, their torpedoes were a new design, 24.5″ in diameter, the largest ever fitted aboard a battleship.

The British Royal Navy, still believing that torpedoes could form an important part of a fleet action, thought that the 21″ torpedo had been pushed as far as it could go, and wanted a new design with more room to grow.

This growth in size was to be coupled to another technology which offered potentially revolutionary performance. Torpedo propulsion was based around burning fuel and compressed air together, with the compressed air taking up the lion’s share of the space and weight due to the need for the air flask. 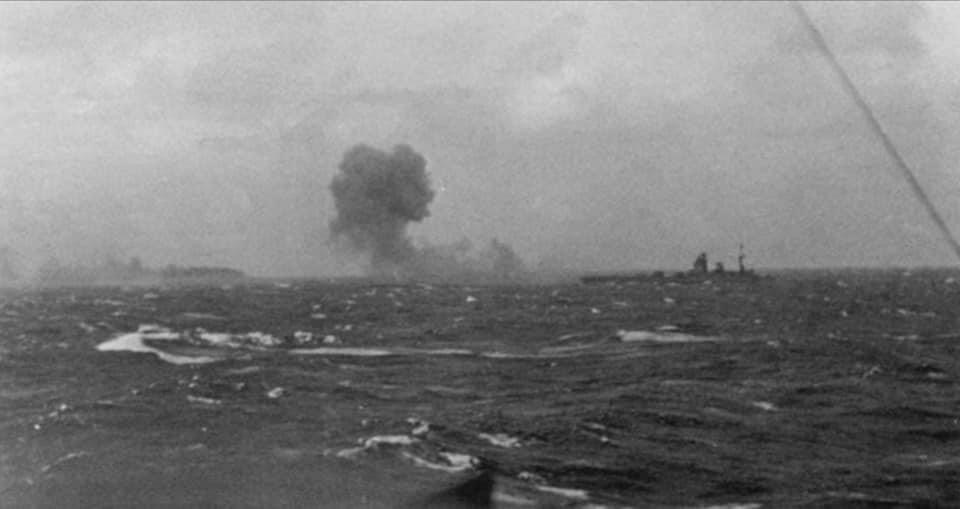 However, only 20% of the air was the oxygen needed to support combustion, while the other 80% was inert gasses.

The British built specialized plants aboard the ships capable of enriching the air pumped into the torpedoes with extra oxygen, which offered a significant improvement in performance. During the war, these plants was disabled to keep the maintenance burden down, reducing the range by about 50%. 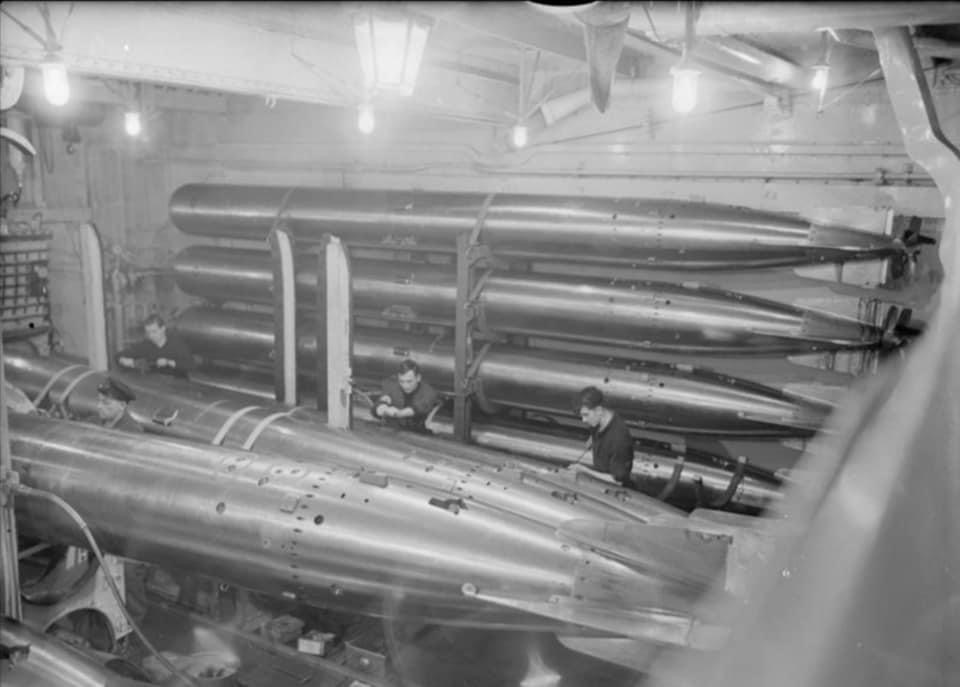 Another change was in the positioning of the tubes. 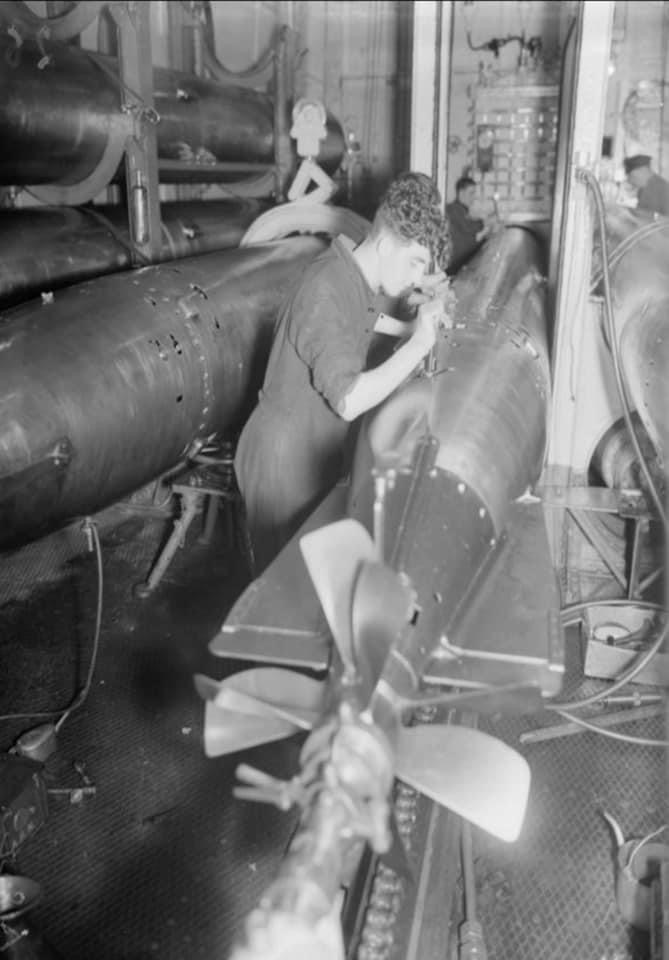 Normally, the tubes were on the beam, but firing a torpedo out the side of a fast-moving ship was extremely tricky.

The US believed it was impossible above 16 kts, which was reasonable in the days of slow battleships, but an increasing problem as ship speeds rose.

The solution the British chose was to place the torpedo tubes on either side of the bow, firing about 10° off the centerline.

As the torpedo was already aligned with the water, there were no issues with the ship’s speed, and the torpedo’s gyros could be set to turn it to a new course after launch, giving the equivalent of a broadside.

To reduce vulnerability to underwater damage, each tube had its own space, separated from the common torpedo body room where the torpedoes themselves were stored.

These torpedoes were used only once, in one of the most famous battleship actions ever. During Bismarck’s final battle, Rodney fired a number of torpedoes at the German vessel, at 0957 there was a hit. It is the only case of one battleship torpedoing another.

The exact fate of Rodney’s torpedoes is unclear, but most sources agree that they were deactivated some time in 1943 or 1944.