“Tactical success in war is generally achieved by pitting an organised force against a disorganised one”.

The Battle of Amiens

Amiens 1918 : The Birth of Blitzkrieg ‘Blitzkrieg’, a sudden and utterly irresistible military attack that can strike anytime, anywhere leading to rapid collapse of defences and quick defeat.

The unleashing of combined arms warfare on German forces that wartime summer day would become the inspiration for what Hans von Seeckt, Heinz Guderian and others would later dub ‘blitzkrieg’.

The Allied victory that day was so complete that German Commander-in-Chief Erich Ludendorff was moved to call 8 August 1918, “a black day in the history of the German Army’. This is the (brief) story of the Battle of Amiens?

At 0420 hours the British Fourth Army, under the command of General Sir Henry Rawlinson and the French First Army under General Marie-Eugene Debeney, unleashed a force of over 100,000 men against over-extended and exhausted German forces. As part of the plan the usual British and French practice of massed artillery barrages prior to attack had been abandoned.

German commanders were caught completely by surprise. The first German front lines knew of the attack was the sight of some 400 massed British tanks rumbling forward supported by 800 aircraft of the then new Royal Air Force in both air defence and ground attack roles with an artillery barrage provided by over 2000 guns creeping forward in front of the advancing British, Australian, Canadian and French forces.

Thereafter, the German front rapidly began to collapse as the Allies advanced over a front of 4000 yards/3500 metres punching a large hole in German lines. By 1100 hours Australian and Canadian forces had advanced over 3 miles/5 kilometres with British forces capturing over 400 German guns and destroying half the enemy force.  Entire enemy formations began to surrender en masse having been completely de-stabilised by the force, pace and surprise of the attack. By 2100 hours Fourth Army had advanced a further 5 miles/8 kilometres.

Over the ensuing three days the pace of the advance slowed but such damage had been done to the German Army that whilst bloody the ensuing ‘Hundred Days Offensive’ did not stop until the November 1918 Armistice. In March 1919 the newly-formed British Army of the Rhine conducted a victory parade in Cologne.

The death toll was heavy.

By the end of the Battle of Amiens the British and the French had both lost 22,000 men. However, the by then resource-poor Germany Army had lost 75,000 men.

The Origins of Amiens

With the Royal Navy’s successful blockade of Germany triggering starvation and industrial unrest in the Fatherland it was clear to Berlin that unless the situation on the ground in France could be changed radically Germany would be forced to accept unfavourable peace terms. America’s 1917 entry into the war and the arrival of General Pershing’s American Expeditionary Force all but ensured an Allied victory.

In March German ‘Stormtroopers’ had made stunning advances pushing the British back over the land they had gained at the Third Battle of Ypres and the Battle of Cambrai in 1917. More poignantly the German Army had advanced rapidly over the old Somme battlefield of 1916.

Ludendorff’s aim had been to split the Allied armies and force the British back to the Channel. He failed. Critically, British Imperial forces did not break under the German assault and by and large retreated in reasonably good order.

Since the charnel house of the Somme British tactics had been evolving led by innovative thinkers such as Colonel J.F.C Fuller who wanted to break out of the stalemate of trench warfare. They combined new thinking with industrial power and emerging technologies to create new strategies, tactics and formations designed to destroy an enemy with shock and surprise. Ironically, the ‘grab and hold’ tactics that replaced the full-on assaults that had killed so many to little effect were copied from German ‘Stormtrooper’ tactics.

Fuller’s Plan 1919, had it been implemented would have been the first truly strategic ‘blitzkrieg’.  Twenty years later on 1 September 1939 a new ‘Amiens’ was inflicted on Poland, but on a grand strategic scale with improved command communications between air and land power the key to victory. As part of a carefully implemented information war the colloquial title given by the Germans to the attack was ‘blitzkrieg’ – lightning war.

In May 1940 Blitzkrieg was further inflicted on Belgian, French, Dutch and British forces, all of which were over-stretched and wrongly-deployed having been deceived into believing their own prejudices about the Germans and each other. In 1943 at the Battle of Kursk Soviet forces began to do the same to over-extended German forces as the British had done at Amiens, albeit on an epic scale.

The massed forces of Marshals Rokossovsky and Zhukov did not stop advancing until they sacked Berlin in May 1945.

Having gained victory via a new way of offensive warfare the Western democracies did what they have so often done in peacetime. They handed the concept and technology of victory to illiberal enemies in the interbellum.  It was ever thus.  Innovative and disruptive thinkers were marginalised whilst disarmament became a metaphor for a retreat from political Realism.

The likes of Fuller, Basil Liddell Hart, Charles de Gaulle and Billy Mitchell tried to keep the flame of military innovation alive in the West. However, it was thinkers like Hans von Seeckt in Germany and Mikhail Tuckachevsky in the then Soviet Union who really pushed forward innovation.

Shock and Awe: Lessons of Amiens for today

The essence of Amiens was ‘shock and awe’. Many iterations of such tactics have taken place since, notably General Norman Schwarzkopf’s attack on Iraqi forces in 1991. What links Rawlinson to Schwarzkopf and beyond is the ever-growing distance between attacker and target and between intent and effect as technology has enabled greatly more diverse ways and means of generating shock and awe.

With a seismic shift again underway in the military balance of power away from the Western democracies the conditions are again fast being created in which the unthinkable could become the thinkable and in time the frighteningly plausible.

The problem with the ‘unthinkable’ is that it is normally the leaders of western democracies who refuse to think it. They prefer instead to believe the unthinkable is the impossible, thus creating the perfect conditions something catastrophically nasty in Europe.

Perhaps the most fitting end to the story of Amiens came in 1952 when German General Heinz Guderian published his book Panzer Leader. It was Guderian who had almost pushed the British Army into the sea at Dunkirk in June 1940. The Foreword to the book was written by Basil Liddell Hart.

Amiens 1918 : The Birth of Blitzkrieg Written by Professor Julian Lindley-French

Analyst, author, commentator and speaker with ten books to my name, including two for Oxford University Press (and about to publish my third for Oxford “Future War and the Defence of Europe), My job is to speak truth unto power in an age when the gap between power, people and politics is growing dangerously wide. My focus is the tension between strategy and politics with an emphasis on security and defence policy. My analysis is the product of many years policy and practitioner experience, allied to long and deep research. Sadly, I also support Sheffield United Football Club – the triumph of endless hope over long, hard, and painful experience! 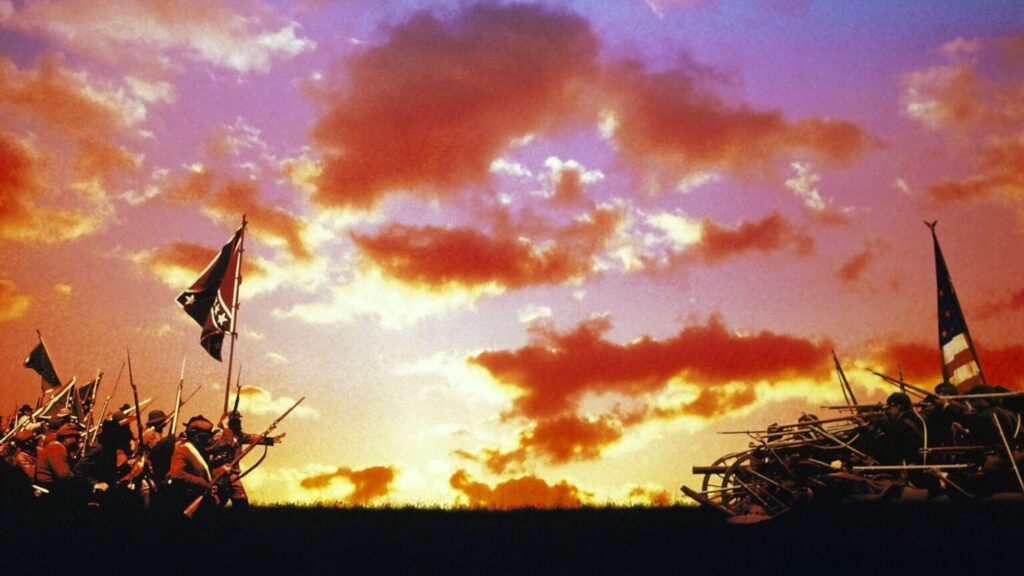 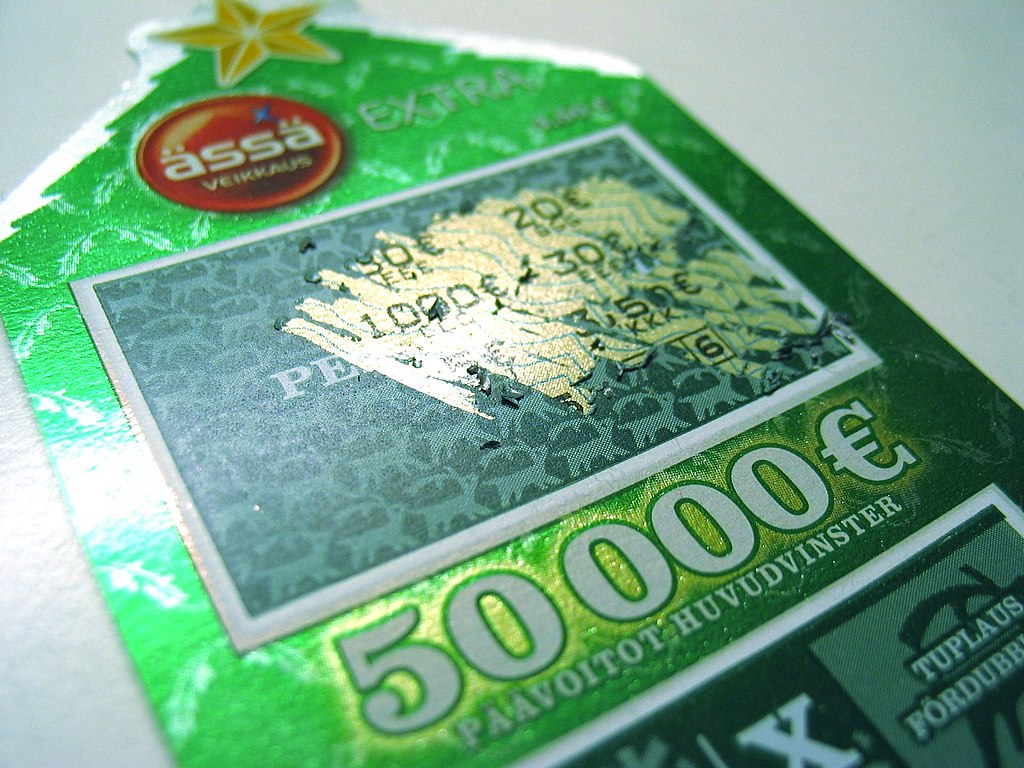 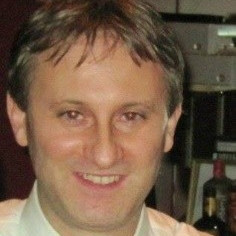